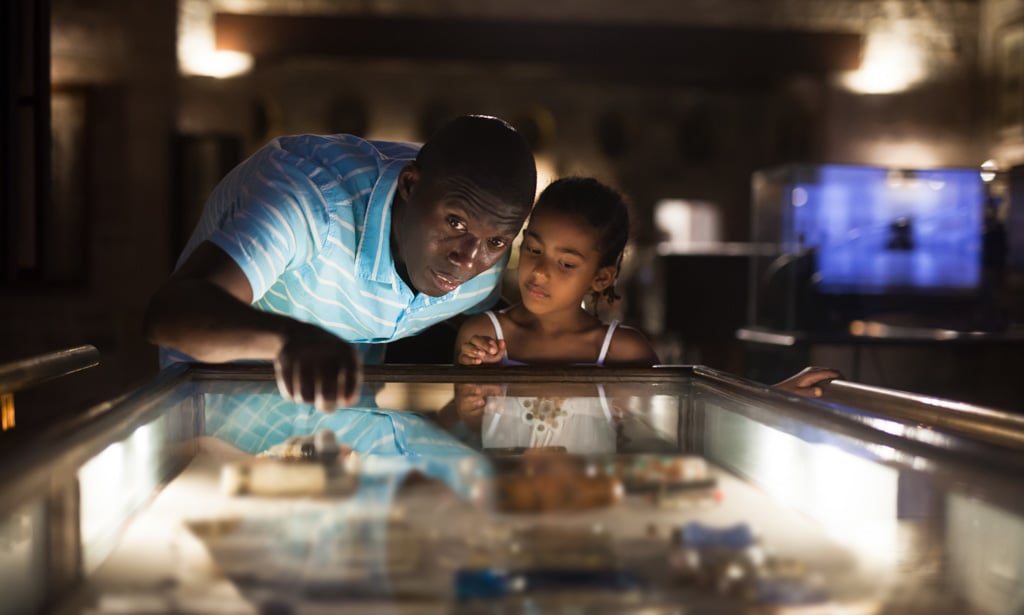 Pivotal Events: 1900 to 1955
In this post, we’ll look at some key events and people from 1900 to 1955 that changed the course of African American history forever.

Booker T. Washington
A scholar who became the first principal of Tuskegee Institute, Booker T. Washington maintained a view of African American rights and equality that didn’t necessarily mesh with the opinions of some blacks during the early 20th century. Rather than spending time and energy focusing on civil rights and race equality, Mr. Washington, who was born into slavery, felt that African Americans should self-improve by taking on common labor and learning vocations. His rationale was, by working hard, African Americans could make a good living for themselves, which would elevate their status economically and socially in the eyes of whites. For that reason, Mr. Washington created the National Negro Business League in 1901 as a way to grow black entrepreneurialship. Further, Mr. Washington suggested that blacks should accept segregation, as long as they were still granted the same access and freedoms as whites. This contrasted sharply with other influential black leaders, such as W.E.B. Du Bois (more on him below), who saw Mr. Washington’s views as too conciliatory toward racism. However, Mr. Washington was a very influential speaker and personality who was generally respected by the much of the black community. He would remain at Tuskegee Institute until his death in 1915.

George Washington Carver
Let’s dispel one myth right away…George Washington Carver did NOT actually invent peanut butter, contrary to popular belief. He did, however, create hundreds of other products utilizing peanuts, sweet potatoes, and soybeans. Mr. Carver was born into slavery but left home at a young age in pursuit of education. He attended Iowa State University, where he became the university’s first black student to earn a bachelor’s degree (in 1894) and master’s degree (in 1896). While obtaining his master’s, he taught at the university, making him the first black faculty member of Iowa State. Upon completion of his master’s, he was appointed by Booker T. Washington in that same year to head the newly formed agricultural school at Tuskegee Institute. His biggest impact, however, came in the early 1900s through his concepts and inventions. For example, crop rotation, which revitalized southern crop soil that had been depleted of nutrients by years of cotton growing. By planting nitrogen-fixing crops like peanuts, soybeans, and sweet potatoes, the soil would be restored, resulting in higher yields when they were switched back to cotton a few years later. The result of crop rotation was an abundance of peanuts, sweet potatoes, and soybeans. So he put them to use–especially peanuts. Mr. Carver developed more than 300 food, industrial, and commercial products from peanuts alone (not all were successful), leading to his nickname, “The Peanut Man.” Upon his death in 1943, Mr. Carver was buried next to his mentor, Booker T. Washington, on the grounds of Tuskegee Institute.

W.E.B. Du Bois and the NAACP – 1909
Contrary to Booker T. Washington’s views, the highly educated W.E.B. Du Bois (he was the first black person to earn a Ph.D. from Harvard and also studied abroad in Berlin) felt that limiting African Americans to vocational work was too narrow-minded. He felt that blacks should aim higher than simply working menial jobs, and instead should pursue higher education (as he did), full civil rights, and greater political representation and leadership. As violence toward blacks remained prevalent, the race riots and widespread lynchings of 1908 finally spurred action. A small group of black and white activists joined forces to create the NAACP (National Association for the Advancement of Colored People) in 1909. Inspired by his views and activism, the NAACP hired Mr. Du Bois as its director of publicity and research as well as the editor of its journal. The NAACP aimed for complete abolition of segregation, equal education for blacks and whites, the enforcement of the 14th and 15th Amendments, and the enfranchisement of black men. One of its first orders of business, however, was targeted at lynchings and other violent acts. Nationwide protests helped reduce the number of lynchings throughout the 1920s. Today, the NAACP consists of more than half a million members.

The Harlem Renaissance – 1920
As more and more blacks relocated from the rural south to cities in the north, a cultural renaissance was born. Named after the New York City neighborhood, the Harlem Renaissance was not just limited to New York–it spread north and west as well. This notable period introduced the world to some of the most amazing African American talents the world has ever seen: Duke Ellington, Louis Armstrong, Paul Robeson, Jelly Roll Morton, Josephine Baker, Bessie Smith, and Langston Hughes, among many others. These pioneers paved the way for all of the incredibly talented African American writers, musicians, singers, actors, and directors whose work we’ve enjoyed for the past century.

World War II and the Tuskegee Airmen – 1941
World War II saw three million black men enlist in the United States Armed Forces, with 500,000 sent overseas for battle. However, compliant with the policies of the day, blacks and whites were placed into separate units. As the war went on, perhaps the most famous group of African American war heroes emerged–the Tuskegee Airmen. Named for their training at Tuskegee Institute, the Airmen flew more than 15,000 sorties during two years of combat, bringing pride to many black Americans. Finally, in 1948, President Harry S. Truman integrated the military.

Jackie Robinson Desegregates Major League Baseball – 1947
Prior to 1947, African Americans were not permitted to play Major League Baseball. That all changed thanks to Branch Rickey, general manager of the Brooklyn Dodgers, who signed Jackie Robinson to the team. A multi-sport star athlete at UCLA, Mr. Robinson made his Major League Baseball debut on April 15, 1947 and took the nation by storm. Despite facing hostile crowds and teams in nearly every opposing city, Jackie Robinson somehow managed to keep his poise and let his play on the field do the talking. He wound up winning the Rookie of the Year in 1947, the start of a Hall of Fame career that would see him hit a .311 career batting average and win a World Series championship. As his career progressed and his fame grew, Mr. Robinson used the opportunity to speak out against racism and inequality. His number 42 was retired by Major League Baseball, the only such number to receive that honor, in recognition of his historic contributions not only to baseball, but also the country as a whole.

Brown v. Board of Education – 1954
One of the most famous and important Supreme Court cases in American history, Brown v. Board of Education paved the way for desegregation in public schools. The U.S. Supreme Court unanimously ruled that the Plessy v. Ferguson “separate but equal” ruling in 1896 violated the 14th Amendment, with Justice Earl Warren stating that “separate educational facilities are inherently unequal.” While the landmark ruling was specific to public schools, the implication was that segregation in other institutions was equally unconstitutional, which in turn helped to neutralize some of the South’s Jim Crow laws. But some parts of the South (notably Alabama and Arkansas) would not adhere to desegregation without a fight and ultimately required federal enforcement. Despite that resistance, Brown v. Board of Education was a monumental victory in the fight for equal rights.

Emmett Till – 1955
This may have been the turning point, the pivotal moment that resulted in the civil rights movement gaining unprecedented momentum. In August 1955, 14-year-old Emmett Till was visiting relatives in Mississippi from Chicago. While in a grocery store, the boy whistled at, and made a comment, toward a white woman behind the counter. Three days later, the woman’s husband and his half-brother kidnapped Emmett Till, savagely beat him, shot him in the head, and disposed of his body in the Tallahatchie River. The men were arrested, tried, and in less than an hour, the all-white jury acquitted the men of murder. Back in Chicago, Emmett Till’s mother decided on an open-casket funeral so everyone could see what those two men had done to her son. Pictures of his badly mutilated face wound up in Jet magazine, sparking widespread outrage over the crime. This horrific incident, and the verdict, inspired the famous bus boycott in Montgomery, Alabama, which aggressively set the civil rights movement in motion.

Rosa Parks – 1955
Just a few months after the murder of Emmett Till, on December 1, 1955, a black woman named Rosa Parks sat down on a bus seat in Montgomery, Alabama. When told by the driver that she had to give her seat to a white man, Ms. Parks refused and was subsequently arrested. Just a few days later, on December 5, 1955, still enraged by the Emmett Till murder and the arrest of Ms. Parks, a young pastor named Martin Luther King, Jr. led a boycott of Montgomery’s municipal bus company. Because nearly three-quarters of the city’s bus riders were black, this was no small protest. Over a year later, the boycott was still in effect, with the bus company fighting off bankruptcy. Finally, on November 13, 1956, the U.S. Supreme Court upheld a lower court’s decision that the bus company’s segregation seating was unconstitutional under the 14th Amendment. With the boycott called off in late December, Rosa Parks, now known as “the mother of the civil rights movement” was one of the first riders on the newly desegregated buses.

The civil rights movement keeps gaining momentum, which we’ll cover in our next blog post, 1957-1970. 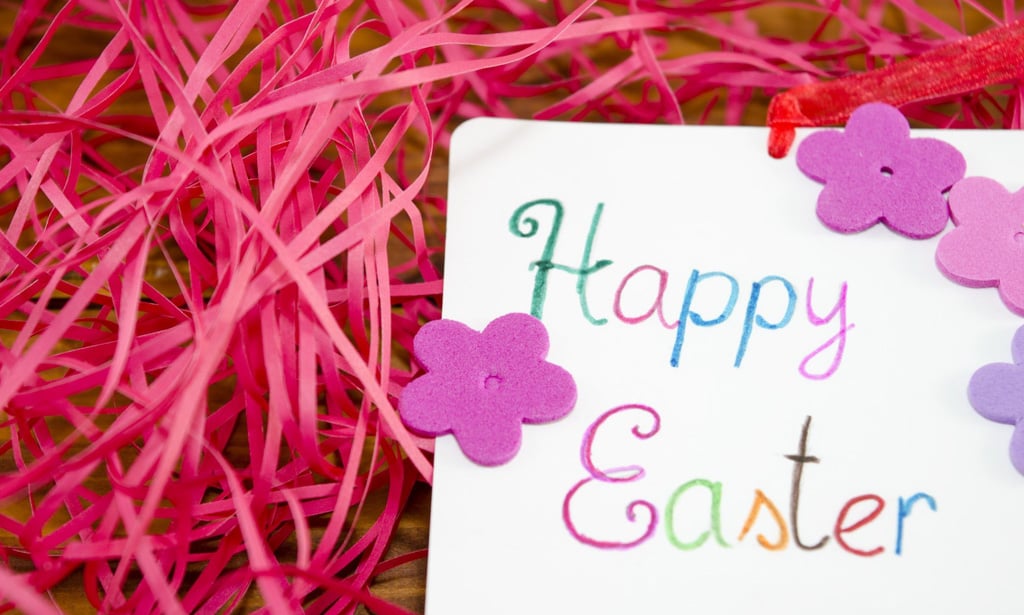 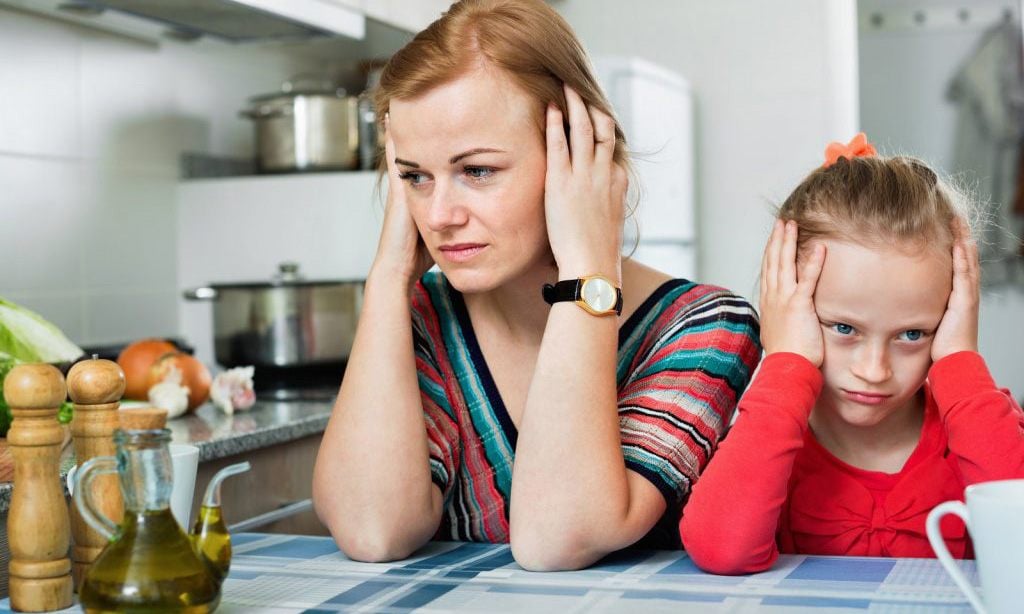 How to Emotionally Prepare for Homeschooling Read 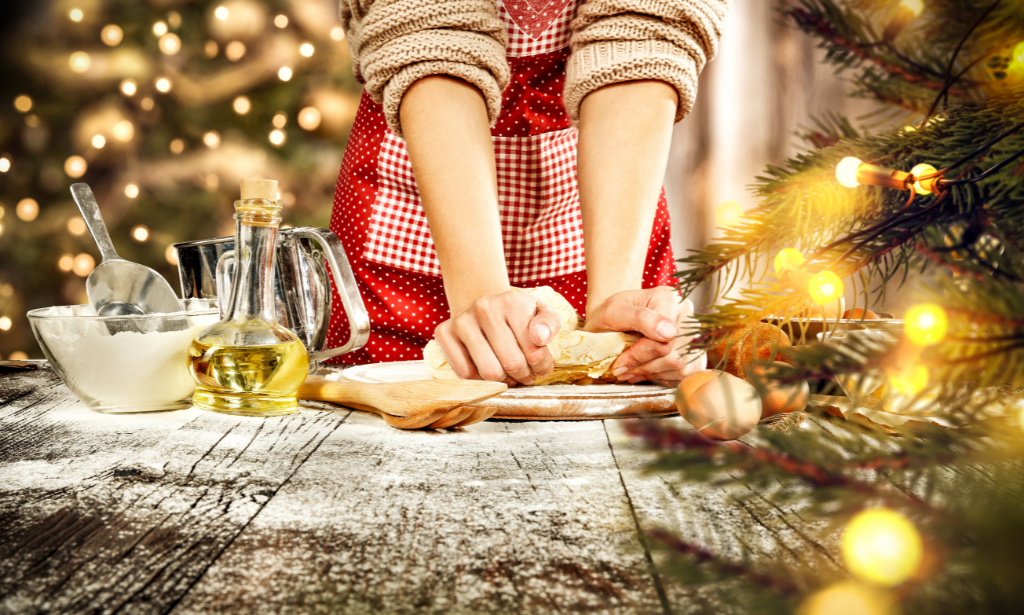 Today’s Lesson Is… Teach Fractions While You Bake! Read