The Devastating After-Effects of the COVID-19 Pandemic on Students 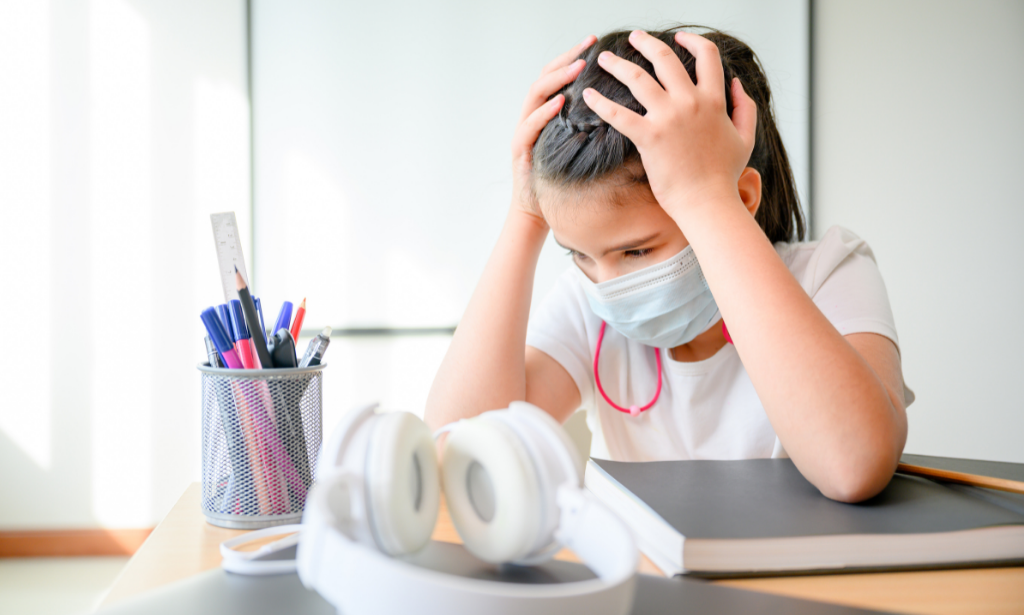 It’s been two full years since we were all introduced to the word “coronavirus” and the concept of social distancing and the fashion do’s and don’ts of face masks. It seems and feels so long ago that we were all blissfully ignorant on these topics, yet it was only two calendar years—it’s amazing how it can feel like both an eternity and a sliver of time simultaneously. Yet here we are in 2022, masks still on (in some cases), schools still sporadically closing or reverting to remote/hybrid learning, and kids (as well as adults, make no mistake) scarred for life and still on edge and anxious about their health, still paranoid about the spread of COVID-19, still reeling from the death and illnesses of loved ones, still depressed from the isolation they experienced during lockdowns and quarantines, still catching up on the learning they lost throughout school shutdowns and lackluster distance learning, still fearful of how another outbreak or—even worse—the next pandemic will tear them down and force them to start all over just as they’re beginning to put it all back together again.

Sound dramatic? Maybe, but this is fact, not fiction. What kids are experiencing in the (near) aftermath of COVID-19 is a serious problem, and one that could haunt them for many years if it’s not properly addressed in the near future.

The Return of School Closures

Just when we thought we were reasonably out of the woods—at least as far as school closures are concerned—the Omicron variant of the virus spread like wildfire and brought the school year of several regions throughout the country to a screeching halt.

These are just a few of the many instances throughout the U.S. where schools have had to shift gears because of the pandemic. According to the K-12 School Opening Tracker operated by Burbio, the week of January 10 saw nearly 7,500 schools across the country closed for in-person learning for at least one day. In 10 states, more than 15% of students were affected by closures during the fall of 2021. And while rising infection rates and the rapid spread of Omicron has certainly led directly to school closures, another reason is that so many schools are simply understaffed and unable to handle in-person learning with skeleton crews.

Or, as is the case in some schools, if a teacher is absent and a substitute can’t be found (a rampant problem in many school districts), someone with little to no experience in the class subject is forced to step in. Obviously not an ideal situation for students who are still scrambling to catch up on the lost learning from COVID during the initial wave of school closures and remote learning.

And staff shortages aren’t isolated to teachers and faculty. Aides, bus drivers, cafeteria workers, custodial crews—this pandemic has impacted all facets of school staff to the point where closures become necessary due to the lack of backup help or replacement workers.

We covered this topic earlier in the pandemic, but more data is starting to emerge related to cumulative learning loss between 2020 and 2022. And the numbers are staggering.

Research from late 2020 by the World Bank estimated that a seven-month absence from school would increase the share of students “learning poverty” (defined by World Bank as “being unable to read and understand a simple text by age 10”) from 53 to 63 percent; it was predicted that another seven million students would drop out of school. The Brookings Institution now predicts that learning poverty will increase to approximately 70 percent.

Jaime Saavedra, World Bank Global Director for Education stated in late 2021 that “the potential increase of learning poverty might have a devastating impact on future productivity, earnings, and well-being for this generation of children and youth, their families, and the world’s economies.” What does that look like in dollars? Well, based on the research of World Bank, UNICEF, and UNESCO, about a $17 trillion loss in lifetime earnings (or about 14 percent of the entire globe’s GDP) for this generation of students.

And the outlook is even more grim for families living in poverty as well as many minority students, as remote learning set them even further behind than their more-advantaged peers because many low-income families are unable to afford high-speed internet service or computer equipment.

McKinsey & Company research backs all of this data. Their analysis showed that students, even those who have been able to attend school in person during this school year, remain behind in math and reading. Some students are making up lost ground, but others are still lagging behind. And once again, ethnicity plays an instrumental role in this disparity. According to McKinsey’s research, students in schools where African Americans make up the majority are five months behind their standard levels in math and reading—students in white-majority schools are now only two months behind. Taking into account that students in Black-majority schools were already nine months behind at the beginning of the pandemic, they are now a full 12 months behind their white peers.

But it’s not just academics in which students are losing ground—school attendance as a whole is still a major problem in many schools. According to McKinsey, actual school closures have affected 9 percent of students, but quarantines and other learning disruptions have impacted 17 percent. Even more alarming is the rise in absenteeism; 2.7 times the number of students are on the way to being considered chronically absent from school, with numbers looking even more dismal for low-income students. When correlating chronic absenteeism with high school graduation rates, the numbers are not pretty—an additional 1.7 to 3.3 million eight- through 12th-grade students could drop out because of the pandemic.

There may be light at the end of the tunnel, however, as some assessments have shown student improvement during the early part of this school year, though still below pre-pandemic levels. McKinsey’s data sample of the Curriculum Associates i-Ready assessments, which covers nearly three million students across 50 states, suggests students are four months behind in math and three months behind in reading compared with students in matched schools in previous years—these results demonstrate a one-month gain from the spring, so performance seems to be trending in the right direction as far as regaining COVID learning loss, though it still remains a serious issue—especially among minorities and low-income families.

The Mental Health of Children

Of course, learning loss is a critically important topic for all students today. But even more vital is the well-being and mental health of kids across the world. And while kids are generally pretty resilient, the mental and emotional toll the pandemic has taken on children (and adults) of all ages is going to have long-lasting, lingering effects. They’re already showing.

School staff, pediatricians, and mental health care workers are reporting that schools across the country are swarming with students suffering from mental health problems. Unfortunately, two full years into the pandemic, those struggles have continued rising–particularly since the fall of 2020, when the American Academy of Pediatrics, the Children’s Hospital Association, and the American Academy of Child & Adolescent Psychiatry declared a mental health emergency for children and adolescents.

Sadly, but not unexpectedly, things only got worse in 2021 as the pandemic continued to rage on. The Children’s Hospital Association reported that there were more than 47,000 mental health visits to emergency departments at 38 U.S. children’s hospitals during the first three quarters of 2021–which marked a nearly 40% increase over the same period in 2020.

Among the prevalent issues impacting kids are bullying and fighting (which some attribute to kids acting younger than they should at their age) as well as self-harm and suicide. That same Children’s Hospital Association report revealed even more staggering statistics from those 38 children’s hospital ERs during the first three quarters of 2021: The number of suicide and self-injury cases was 47% higher among 5- to 8-year-olds and 182% higher among 9- to 12-year-olds than the same period in 2016. So, not only are more kids taking (or attempting to take) their own lives…the ones doing so are getting younger and younger.

On the surface, it seems unfathomable to ask why so many children are suffering mentally–but there are many layers to the seemingly obvious answer, “COVID-19.”

How Homeschooling Can Help

While we’d love to tell you that homeschooling is the blanket solution for every COVID-related problem on this list, we can’t. After all, homeschoolers encountered many of the same issues as those in traditional schools–isolation from friends and family, the loss of countless life events, the deaths and illnesses of loved ones, to name a few.

But there are a few major aspects that homeschoolers did not have to deal with.

As we (hopefully) near the end of the COVID-19 pandemic, it’s hard not to reflect on how significant an event this has been. The pandemic is the younger generation’s John F. Kennedy assassination or 9/11 tragedy, landmark events that are seared into everyone’s minds for the rest of their lives. And as devastating as those days were, the cold reality is that the American COVID death count is nearly one million, and the after-effects that this generation of children is experiencing and will continue to experience is immeasurable.

If you’re contemplating making the switch to homeschooling, contact Bridgeway Academy at (800) 863-1474 to speak to a homeschooling expert who can help you make the transition. 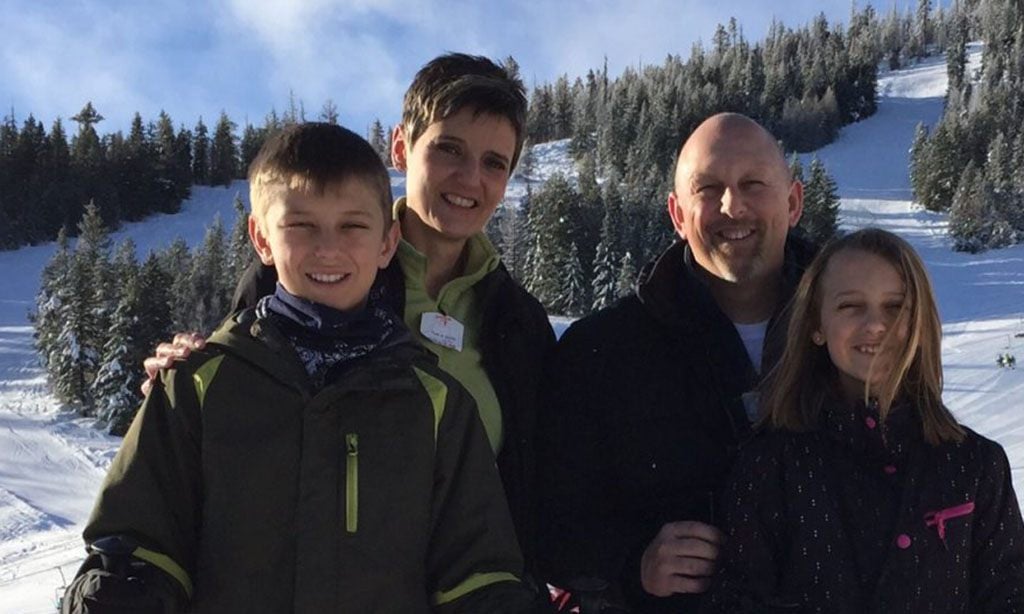 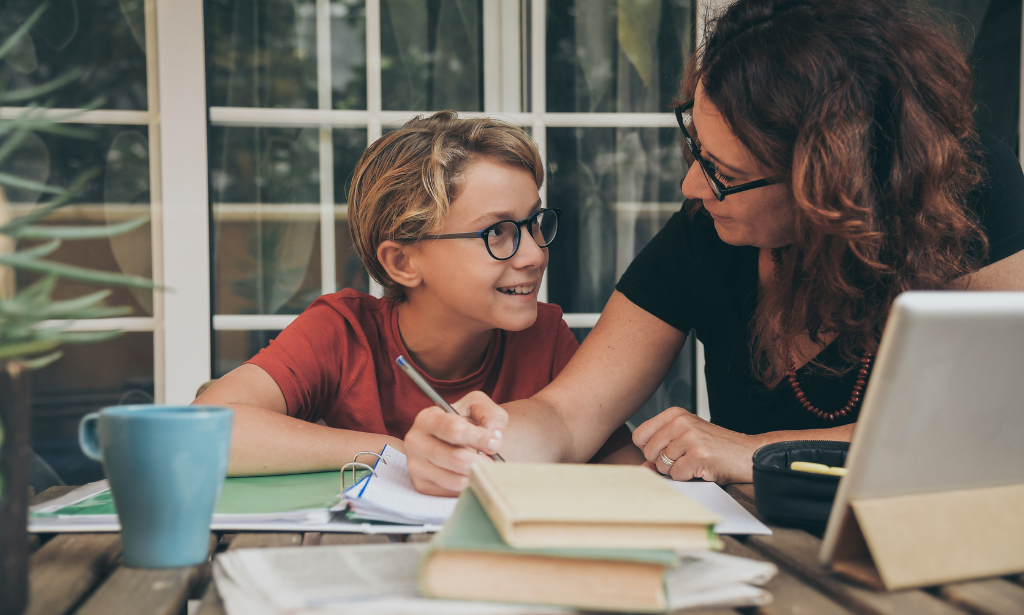 No Virtual School Options in Your Area? How About Homeschooling? Read 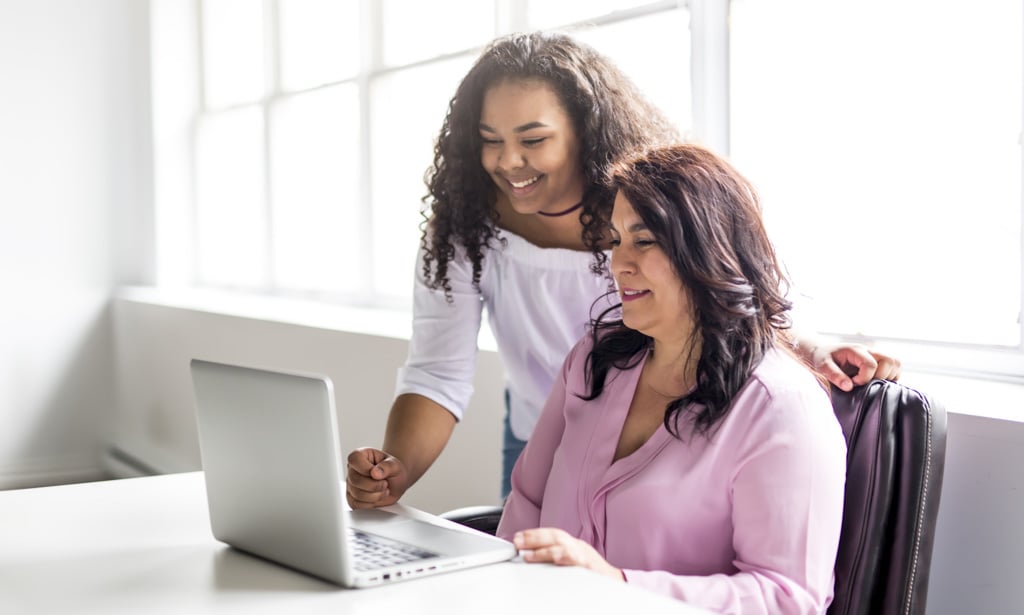